Beyonce It Ain’t So!

Beyonce It Ain’t So!

So, apparently, Bey’s been drinkin’ (watermelon). The beauty and body icon has sent the collective interwebz atwitter with rumors that she’s been Photoshopping a considerable amount of thigh gap into her Instagram and Tumblr pics. For those not in the know, “thigh gap” refers to the space between the thighs when standing upright, knees touching. It’s an attribute that presents itself among the a) very thin and b) very Photoshopped. It’s rare in nature and can be downright dangerous to try to achieve, though based on Pinterest boards like this one titled “Operation Thigh Gap” (trigger warning), it appears that the challenge isn’t enough to deter people from trying, which is ultimately so sad that someone as *flawless* would feel the need to buy into the trend.

Rumors that Beyonce had been dabbling in the image altering arts first began to fly last April, when she posted the below photos to her Tumblr: 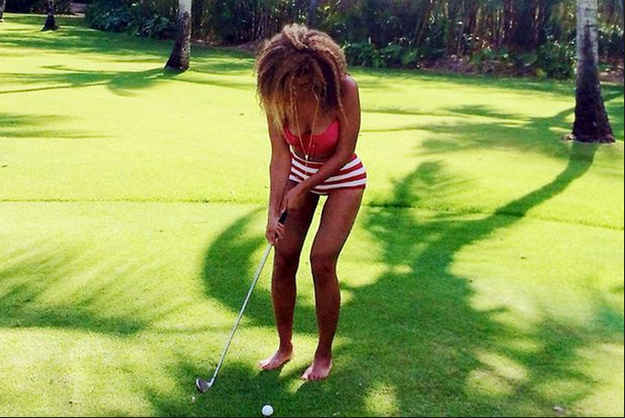 Sure, it could be the angle, but if you ask me (and the aforementioned collective interwebz) photo number two has had some work done.

According to Buzzfeed, the latest controversy concerns pictures from her 33rd birthday celebrations, which took place on a yacht with hubby Jay Z. 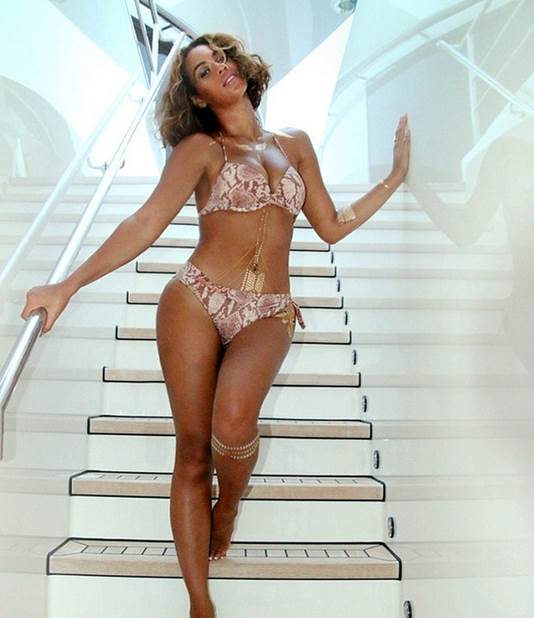 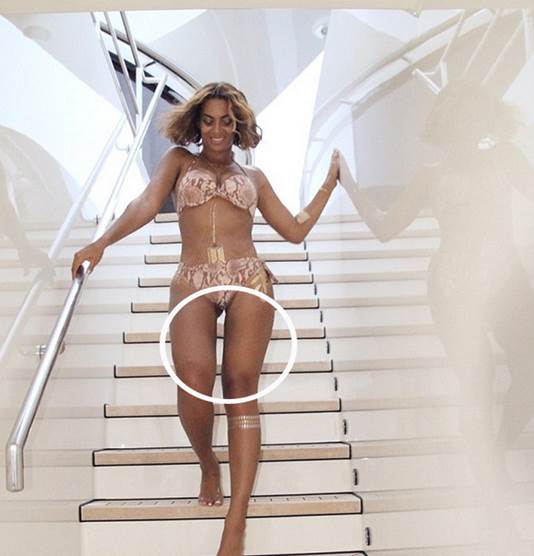 According to Buzzfeed, the devil’s in the details, and the detail in question here is that skewed stair in between Beyonce’s legs: it’s tilted at an odd angle, which is common occurrence in badly altered images. You’ll also want to notice that in the reflection on the right, the stair is perfectly straight.

Buzzfeed sites even further distortion in the pic below, highlighting a wonky looking wine glass and iPhone that likely got that way when someone slimmed, smoothed or did whatever-the-f else to Beyonce’s leg: 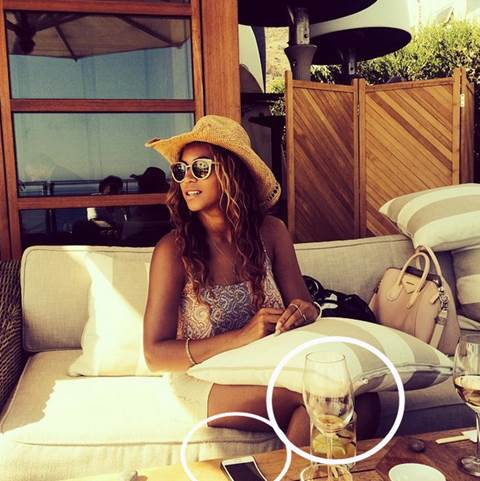 I’ve tried to rationalize, but there’s really no way around this. The evidence speaks for itself – Exhibit B is Photoshopped. What kind of world do we live in when a woman who, in addition to her talent, is known for a figure that has reaffirmed and inspired hundreds of thousands of women and girls around the world feels the need to slim, tone and tighten through Photoshop? It’s not simply that Beyonce does not look like Kate Moss. It’s that, up until now, she didn’t appear to care.