We all know 2017 has been a crazy year, but a butter shortage in France – the land of butter and pastries – has to be up there on the list of crazy things. France consumes 18 lbs. of butter per capita – three times that of the United States. The French consumers have been slightly panicked, as grocery store shelves were consistently low in stock, and major newspapers are covering the butter shortage. There is of course, a hashtag for this catastrophe #BeurreGate. (For those who took Spanish instead of French in high school, beurre is French for butter.) 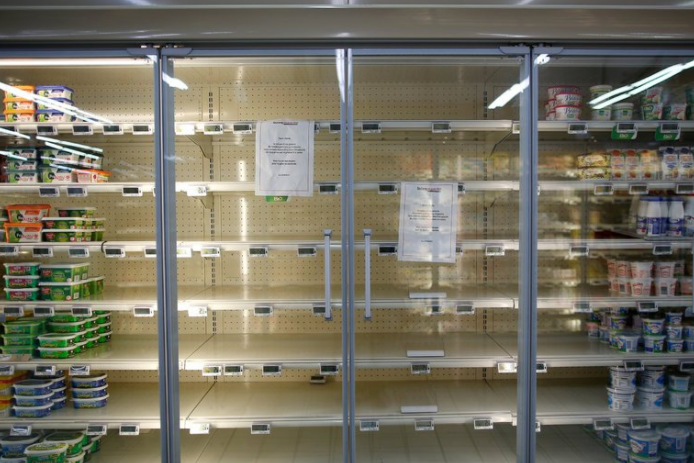 We could get into the economical and institutional causes of the butter shortage, but instead let’s look at social media’s reaction as that is always more fun and more relevant around here.  Brittany, a region in France famous for its butter cakes and butter candies, has been an easy target for the #BeurreGate jokes. A short film has even been created, showing a satirical depiction of Brittany with no butter – with dramatic butter-theft operations included. A French dairy company has even provided its phone number as a butter-crisis hotline, and recommends you check on your friend in Brittany. Hey — as they say — one person’s tragedy is another person’s comedy! 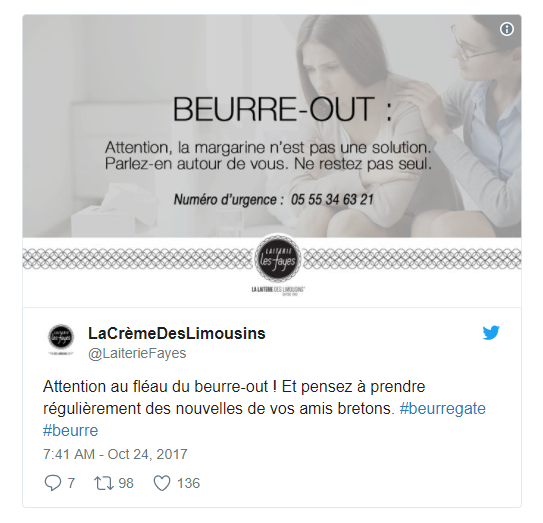