I realized this morning, for better or for worse, that I am good news hunter. I read my morning newsletters and papers, but you better believe I skim the sections about it being baby seal-killing season in Canada, the fact that people in Flint, MI haven’t had safe drinking water for over 1,000 days and POTUS tweeting missile threats at various foreign adversaries. Before you religious newsreaders judge me – don’t forget one famous white man or another said “If you don’t read the newspaper you are uninformed; if you do read the newspaper you are misinformed.”

So, while I skip over political analysts’ opinions on the pros and cons of bombing a country devastated by decades of war thousands of miles away – I come across some feel-good gems like this piece in the New York Times on Casa Verdi in Milan. What is Casa Verdi? A mansion in Milan built by Verdi himself (if you don’t know who Verdi is maybe you’re the uninformed one, my friend!😉) as “a sanctuary for musicians who found themselves poverty-stricken in old age.” Can you imagine anything more magical than Verdi’s house in Milan filled with elderly Italian musicians who used to perform opera together at La Scala? 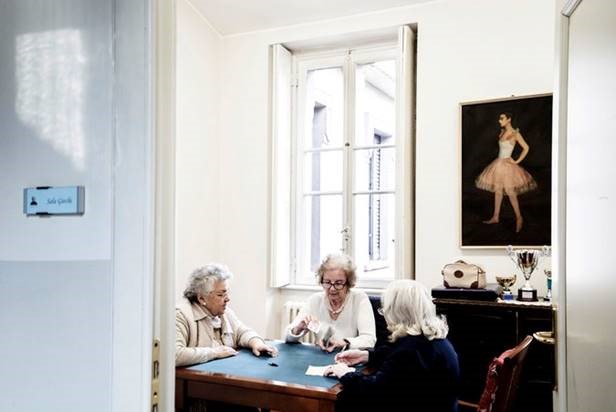 Not only do these elderly maestros receive room, board and medical treatment but “they have access to concerts, music rooms, 15 pianos, a large organ, harps, drum sets and the company of their peers.” While Italians tend to complain about the perceived decline of their country, Casa Verdi’s existences persuades me to think the Italianis are doing something right.