How to Troll a Troll

How to Troll a Troll

Trolling (verb): Being a prick on the internet because you can. Typically unleashing one or more cynical or sarcastic remarks on an innocent by-stander, because it’s the internet and, hey, you can. – UrbanDictionary.com

Nobody likes a troll. They hide behind their computer screen and talk a big game because they can do this anonymously, or say something to a person that they normally would never have the courage to say to their face. No need to fear, the troll-savior has arrived and revenge will be oh-so sweet.

Troll Cakes is a genius service that takes an internet comment, puts it on a cake, and mails it to the asshole who trolled in the first place. 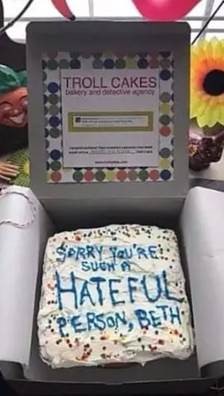 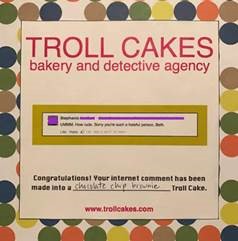 I’m almost hoping that someone does troll me, just so I can send them one of these cakes! I don’t care if the comment comes from a real troll, or one of my friends attempting to love me through some publicly placed sarcasm and embarrassment – I just want to see someone’s face when they open the cake box. Sending sassy cakes is not this company’s only service, oh no. They can also investigate a troll! And what’s more… if you aren’t a fan of a particular tiny-handed cheeseball covered in Dorito dust sitting in the White House right now, you can send him one, too. 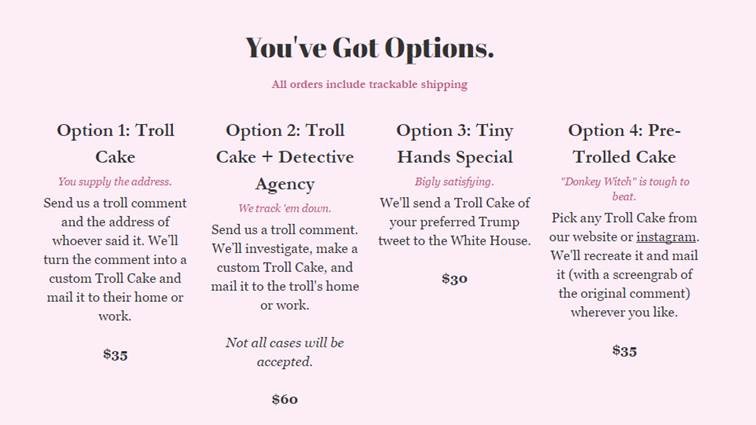