My Life Progression Through Cellphones

My Life Progression Through Cellphones

To celebrate Apple’s recent unveiling of the iPhone 5S and cheaper, more colorful iPhone 5C, I decided what better time to take a walk down ‘mobile memory lane’ and reminisce on each of my cellular devices? I basically grew up with a cellphone in hand, and as silly as it may sound, as I grew up and went through each stage of my life it seemed as though my cellphone design did, too.

1.)    Yes, I was born in 1992, but I’d say my life really began when I got my first cellphone in the sixth grade. It was a silver Nokia; the brick that you could stand up on a table and make walk when you had it on vibrate mode. Did I need a cellphone at this age? Of course I did – how else would my mom get in touch with me when she let me and my best friend walk around the mall by ourselves when she was just 35 seconds away in Sears?

2.)    Half way through seventh grade, you suddenly weren’t cool if your phone didn’t flip open or have a camera that took pictures you could barely see. This was the point in my life when everything went downhill – if you weren’t in “Brittany’s” background photo, or if you didn’t have your own personal polyphonic ringtone that only rang when you called, there was trouble in your life. 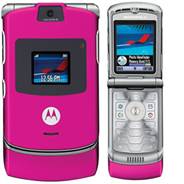 3.)    I’d say eighth grade, 2006 to be exact, was a game-changer in both technology and my life. Oh no, it wasn’t because I was soon entering high school, it was because the Razr was launched. The Razr changed everything. First, Motorola dropped the ‘o’ in ‘razor’ – instant coolness. Second, it was pink. Third, it was sleek. And finally, this was when texting began to take over my life.  I have yet to turn back since. 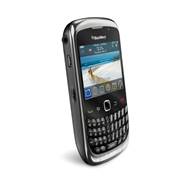 4.)    Freshman year, it was suddenly uncool to like pink and flip phones were o-u-t OUT. Enter the Blackberry Curve. Was I a businesswoman? Did I even use email yet? Did I need a blackberry? Um…yes! It had a key board, which was when my super-speedy texting abilities began. Goodbye, T9 word! 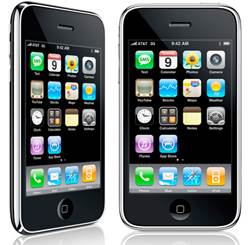 5.)    The end of my sophomore year of high school, button keyboards were now out and a little fruit came into the mobile world and changed life as we know it – Apple’s iPhone 3. Did I get one? After months of begging and groveling, yes. The iPhone’s new touch screen was like the window into a new era of my life – boyfriends. Now I put a little “<3” next to my boyfriend’s name and his picture would pop up when he called me. It was totally true love. 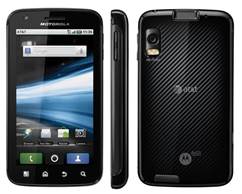 6.)    It wasn’t until freshman year of college that I got rid of my iPhone 3. I was going through a rebel, non-conformist stage at this point in my life where I wanted to “start fresh” and “be different.” So, what did I do? Boycotted Apple and got a Droid, of course. I instantly regretted getting the Motorola Atrix though, because then Apple came out with the iPhone 4 and 4S and I was suddenly the only one of my friends whose texts didn’t show up the color blue in iMessage. They would call me an alien, because I was green and slowed down the group messages. This was a difficult point in my life. 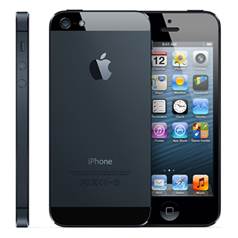 7.)    Now I have the iPhone 5, which I got at the beginning of this summer (of course Apple came out with the iPhone 5S just a few months later!) Though, I have to say, I am the most content right now with both my life and cellphone than I have ever been.

(A quick “thank you” to my mom for making it possible for me to avoid total social suicide, and keeping me up to date with most of my cellphones growing up. Sorry, mom!)