This is big. Really big. As in bigger than Janice Litman-Goralnik’s painful-yet-nostalgic squeal. After what feels like years and years of urging and wishful thinking from loyal F•R•I•E•N•D•S diehards, the best sixsome EVER is finally reuniting.

If you’re like me, you may have gasped and done a few double takes when scrolling through your newsfeed last week upon seeing the breaking announcement. Jennifer Aniston and Co. are getting the band back together again for an HBO reunion special.

Once my initial excitement (and incoming text messages from loved ones asking me: “Are you freaking out?!”) subsided, the social media geek in me totally started nerding out over the execution of the announcement.

The reunion was artfully, masterfully announced on what else – Instagram. At the exact same moment in time, the cast members posted the same image accompanied by a two-word caption that packed a punch and needed no further explanation. As their iconic Rolling Stone cover flooded phones everywhere with the text: ‘It’s happening…’, oh, it was so on. And it was so on point.

Aniston, Cox, Kudrow, LeBlanc, Perry and Schwimmer (or let’s face it, their A++ social teams) were flawless in sharing the news with the interwebs, leaving their huge fanbase to lose their collective sh*t. We now see why you just recently joined IG, Matthew Perry.

And while I was marveling and applauding their perfection in publishing, I couldn’t help but be reminded of this still-hilarious blunder by Scott Disick back in the day: 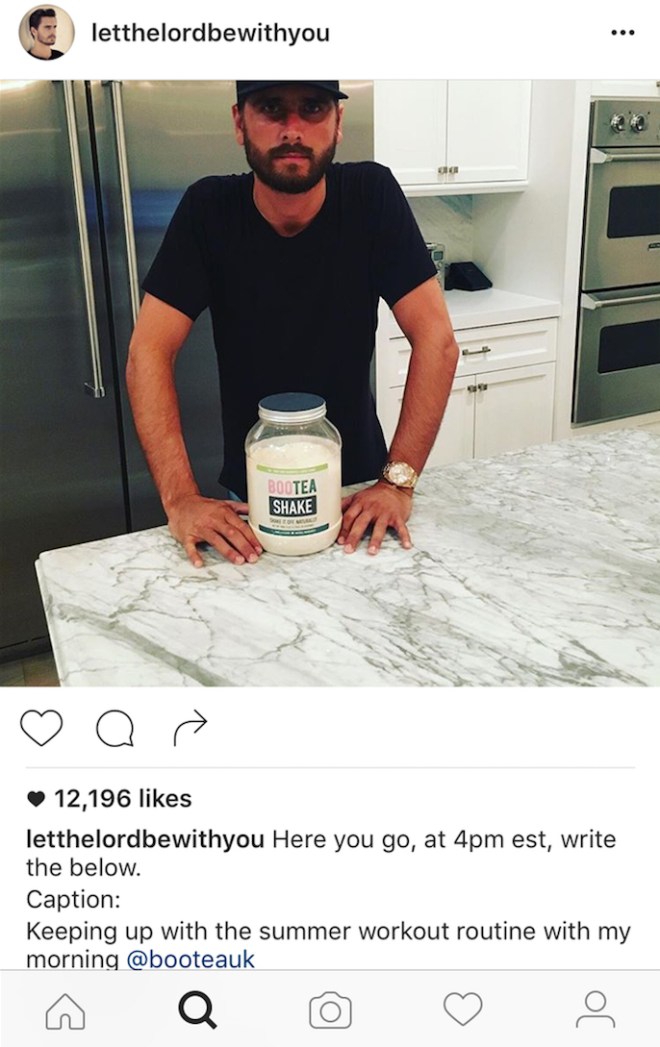 Image Source: @letthelordbewithyou via US Weekly

Cautionary tale: cut & paste can be a risky little game, kids. Clearly, Scottie had more than a little trouble ‘transponsting’ some words that were carefully crafted by his PR/marketing team. Not our Central Perk fam though – they nailed it.