The Real McCoy of Potato Chips

The Real McCoy of Potato Chips

I love snacks, as I’m sure you can tell considering most of my blog posts are food-related. One thing I can’t stand? That nasty residue that some of them leave on your fingers. Cheetos fingers are the absolute WORST. So many delicious snacks make a mess of your hands: cheese puffs, Munchies, Flavor-Blasted Goldfish, flavored Wheat Thins, Pirate’s Booty… the list goes on and on. Some people hate the feel of velvet or chalk, I hate that post-snack-fingers feeling. You know exactly what I’m talking about.

I mean, it clearly hasn’t stopped me from snacking. I’ve just tried to figure out ways around it. For years I’ve been eating Smartfood Popcorn with a spoon. I know—it’s weird—people tell me all the time. But it’s not as strange as using chopsticks…

I’ve also been known to trim the top of the snack bag so that I don’t have to reach my hand in. Having Doritos dust or potato chip grease all the way up to your elbow isn’t cute on anybody. Not even you, Scott Eastwood (sidenote: WHERE has he been hiding my whole life?!)

The snack industry has been neglecting this and several other serious package design flaw for years. I mean, how disappointing is it when you open a bag of chips and you discover three chips and a cubic foot of air? Yes, I’m talking to you, Lay’s. 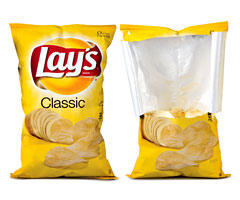 FINALLY some snack company has seen the light. The British chip (or “crisp”) maker, McCoy’s, created a concept design for their new packaging that turns conventional packaging on its side—literally. They put the opening of the bag on the longer side of the bag. Sure, they did it so that “big-handed men” can fit their hands in the bag, but I still support it—less grease on my hands, the better. 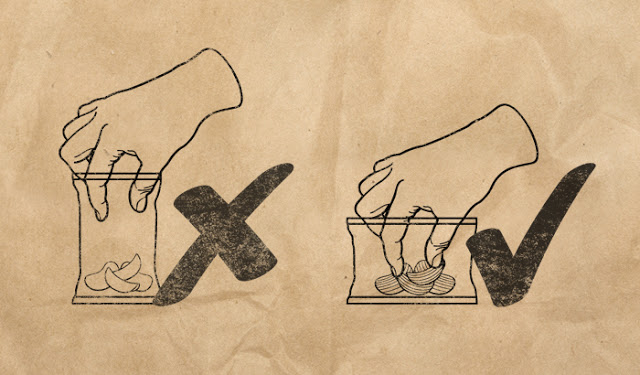 Image source Packaging of the World

You’d think with America’s reputation as the world’s fat kid, we would have had a handle on this snack problem already, but somewhere in between our obsession with quinoa and kale it got lost in the shuffle. Thankfully the Brits are stepping in and picking up the slack, first with the cheeseburger-stuffed crust pizza now this…Something this fabulous can only mean one thing; Kate Middleton is definitely behind it. Thanks, girl.