The Worst App Ever, Yo!

The Worst App Ever, Yo!

Yo. That’s the name and sole feature of a new app that’s gaining popularity in the App Store and Silicon Valley. Up until recently I had no idea that “Yo” was a thing, let alone an app that has actually gained traction.

Before I get out of bed every morning, I read through Bostinno’s “In The Know” newsletter, a daily update of Boston’s weather, big news and things to do. Last week, I see above

I don’t even bother to click on the link to read about the new app because I really hate stupid viral apps and not even a kitten in a beanie can get me interested. And then, this happened: 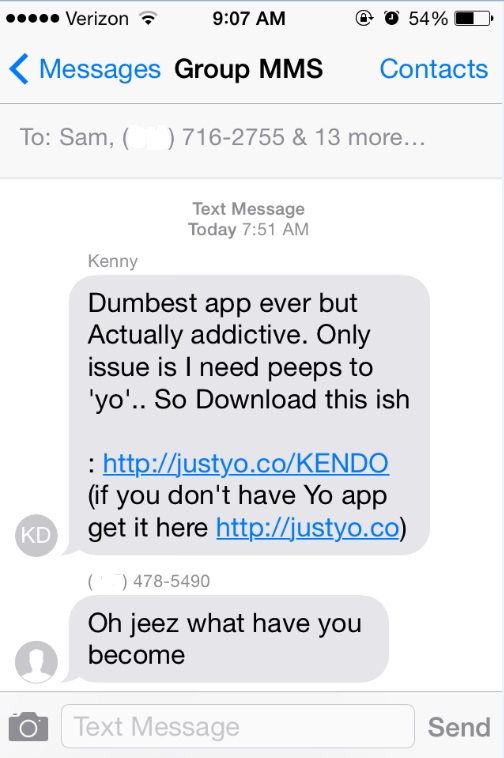 Not only was I included in a 15 person group text with people I don’t know, but the text was about downloading the Yo app. After the group text torture wore off, I decided to revisit the Bostinno newsletter to check Yo out. This is what I learned: